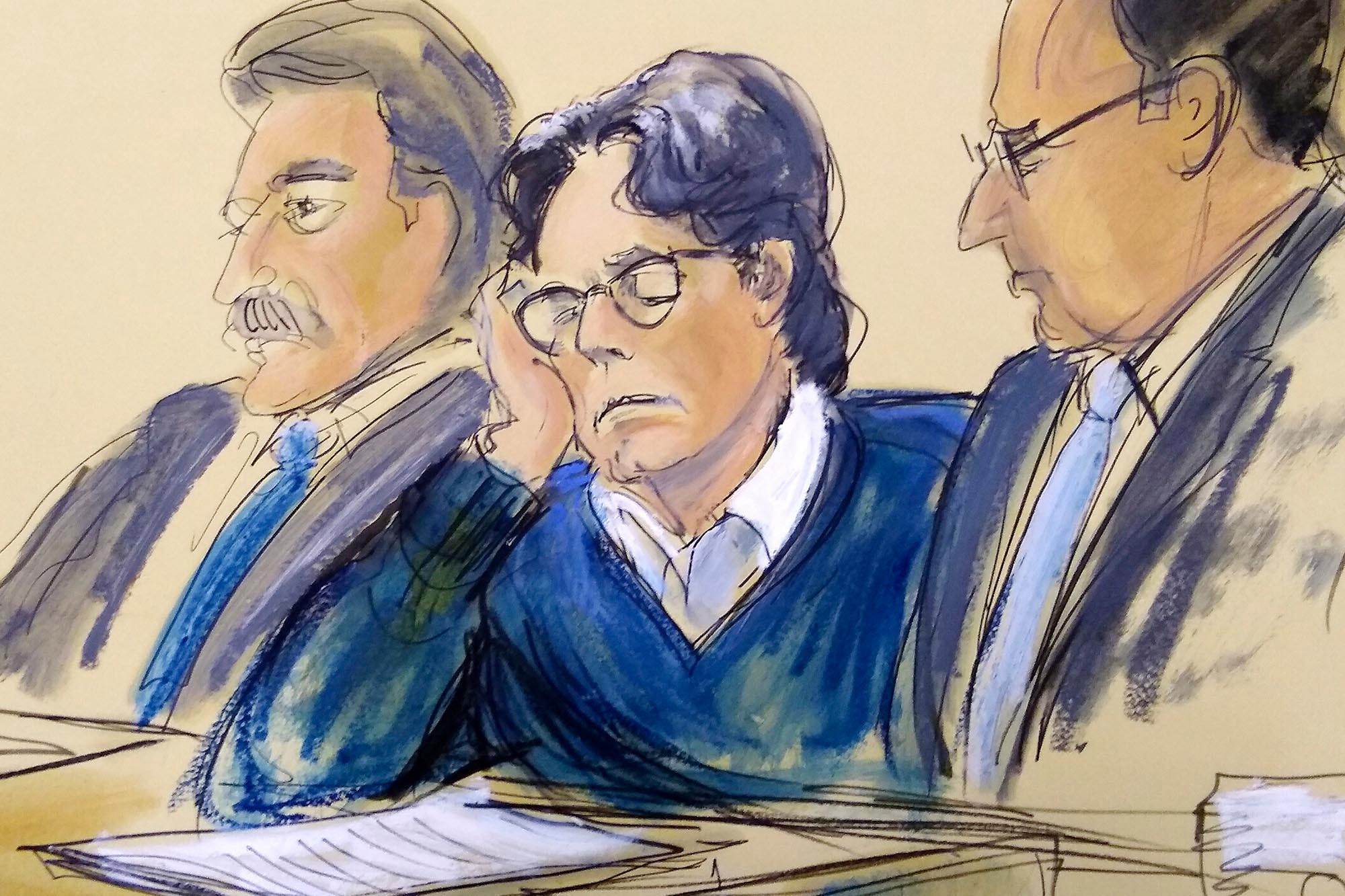 Keith Raniere’s first sex slave broke her silence Tuesday to tell a Brooklyn judge she is still so traumatized by the “monster’’ Nxivm cult leader that she can’t even say his name.

“He screwed with my mind for so long,’’ said the woman, Camila, during victim-impact statements before Raniere’s sentencing in federal court on charges including sex-trafficking and racketeering.

“It is difficult for me to utter his name, so I will only refer to him as ‘he,’” she said of the 60-year-old Svengali, who paraded around as a Gandhi-esque self-help guru but in reality, horrifically abused scores of young women.

“I can still hear his voice in my head — it continues to be a daily struggle.’’

Camila — whose tragic plight at Raniere’s hands became a focus of his 2019 trial, even though she never testified herself — said she is finally speaking up in a bid to have the judge put him away so he couldn’t hurt anyone else. Raniere faces 15 years to life behind bars.

Camila said she met the lecherous leader at age 13 — and “from the start, I could not feel comfortable around him,’’ but others pushed her toward him.

She and her two older sisters were eventually lured from their home in Mexico to join Raniere’s upstate New York cult — and he eventually allegedly impregnated all three siblings, then forced them to have abortions.

Camila, who is now around 30, said she was a 15-year-old virgin when the then-45-year-old Raniere raped her.

“He told me to keep it a secret, and he would ask me to sneak out of the home to meet in a place where we were isolated from everyone,’’ Camila told the court.

She said Raniere branded her with his initials, as he did several other women, but “to brand someone you allegedly care for is never normal.”

She said the creepy convict, who liked to chow down on pizza and cake — but keep his stable of sex slaves rail-thin — criticized her about her weight to the point where she developed an eating disorder.

“He robbed me of my youth,’’ the woman said. “He used my innocence to do whatever he wanted with me.

“It has taken a long time for me to begin to process the trauma he caused,’’ the victim said.

“Today, I still have trouble identifying the line between a normal relationship and an abusive one.’’

But “I learned that survival is instinctive even in the most twisted circumstances.”